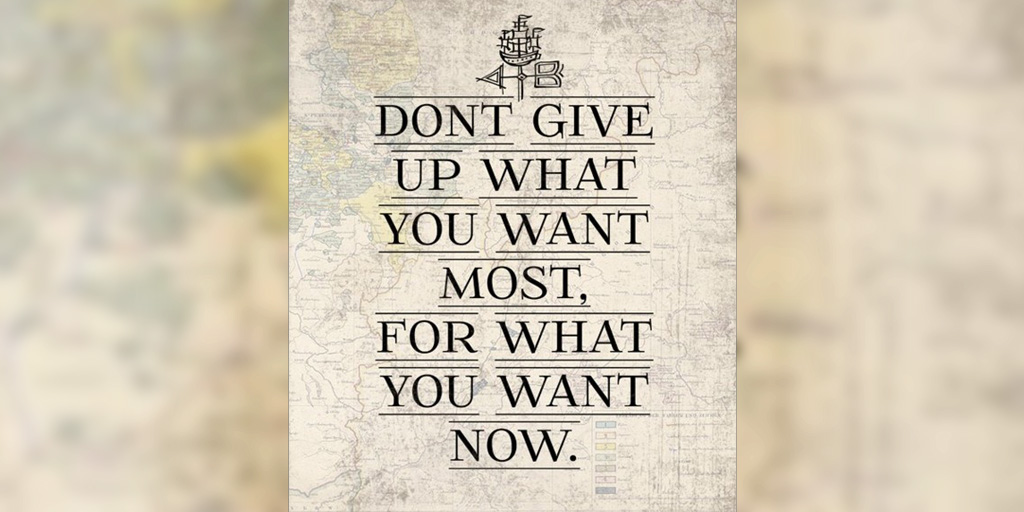 Last week, we wrote about Mike Vaudreuil, the mechanical engineer who received his BSc. at the age of 54. It’s only fitting to feature this quote, “Don’t give up what you want most for what you want now”, in our next post. We came across this quote from Lifehacker and although we’re not sure where it originally came from, there’s a lot of truth to this statement

We all have goals. They can be as vague as “I’d like to retire before the age of 65” or as specific as “I want to be able to run 10 km in one hour and I have a plan to achieve that by or before June 3, 2017”. In either of these examples, there are obstacles in the way. For the first example, you may buy a game on Steam because it’s on sale and hey, $20 isn’t really going to make a big difference or you may buy a Samsung Galaxy S7 because, well, your old phone is getting kind of slow. For the second example, it’s raining today and it’s been a long week at work…you’ll go out for your run tomorrow…the day after…next week.

Making those choices are not necessarily bad. The game or the phone can be a fantastic use of your resources because the first will provide hours of entertainment for a small upfront cost and the second will allow you to communicate with your clients more efficiently. In the running example, resting might be beneficial because you don’t want to injure yourself and derail your progress.

In the end, you know best what you want most. You also know when a reason is legitimate or just an excuse. Don’t lose sight of your ultimate goal because of something you want now.